Solemnity of the Birth of St. John the Baptist


Today we celebrate the birthday of Christ’s Precursor, the great John the Baptist.  And in celebrating him, we also affirm our faith in the dignity of every human being from the moment of conception.  We remember how, when still in his mother’s womb, he leapt for joy when he sensed the presence of the just conceived, pre-born Christ in the womb of the Virgin Mother.  John’s mother, St. Elizabeth, was filled with the Holy Spirit, also recognized the Messiah and was the first to call His Mother Blessed.  Mary, already filled with God’s grace, sang His praises.  How can anyone who takes the Bible seriously, deny the humanity and the divine activity in the bodies of the unborn?  Please read this inspiring story of a heroic young mother and her choice for life.
Chiara Corbella
Posted by Ester Regina at 12:05 PM No comments:

Email ThisBlogThis!Share to TwitterShare to FacebookShare to Pinterest
Labels: Living the Word


I did it!  Made my first slide show!  Only took me 6 months to do, but of course I was doing some other things besides. :) Here is an account of our Sister Elise's Investiture.  The words are hers and the pictures are ours.

To read the full text, go to:  The Making of a Novice
Posted by Ester Regina at 11:52 AM 6 comments:

Corpus Christi and a Vocation Story 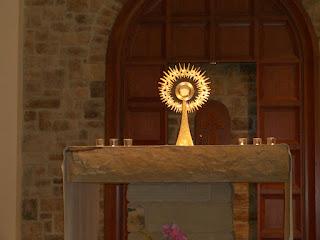 “…After gazing on God, they could still eat and drink.”  These lines from the Book of Exodus, which we read at our midnight office of Matins each year on the feast of , never fail to make me smile.  The story is being told of Moses bringing the chosen elders of up to meet God.  Evidently, the author of the Sacred Scriptures is amazed that these chosen souls were able to survive the experience!  I wonder what he would he think about us, the people of the New Covenant, who not only gaze on God in the Holy Eucharist, but actually take Him intimately within ourselves as our food and drink?  And what would that holy scribe think of God Himself, who gives this privilege so lavishly, not only to a chosen few, but to everyone who believes and loves Him?  Indeed, let us with joyful and humble hearts, “give thanks to the Lord, for He is good, for His mercy endures forever!”

Although, as I said above, that Jesus calls everyone to His Eucharistic embrace, it is still true that He calls a chosen few to dwell with Him always on His holy mountain.  Here is the vocation story of our aspirant Sarah who hopes to join us soon on St. Francis to adore the Lord night and day forever:

The love story which has been my vocation began two years ago while I was a Sophomore at Christendom College in Front Royal, VA. I was leaving a building on campus when a friend of mine who was sitting on a bench nearby called to me as I passed.
“Sarah!”
I stopped and turned around. “Yes?”
“Have you ever thought of becoming a nun?”
Up to that point in my life I had never had strong feelings toward either the married or religious state, but afterwards that changed. For the first time in my life I could not shake the idea of devoting my life to Christ. At first I was angry and confused that God could have so thoroughly uprooted and cast aside the plans I had made for my life. I had assumed that I would lead a “normal” life like everyone else—go to college, get a job, and probably get married at some point and raise a family. Yet now all my plans were fading away at the advance of a far more brilliant and beautiful dream, and there was nothing I could do to bring them back. All the rest of that semester and the following summer I wrestled with myself and God until I yielded my will for His, realizing that all I truly wanted in life was His Will for me and that Will alone would be my happiness. It was then that my heart found relief and a great sense of peace.

The following semester I took part in ’s study abroad program in . As part of the program my fellow students and I visited , where I could palpably feel the spirit of the ragged beggar who once so joyfully walked its cobbled streets. Towards the end of the pilgrimage, I went to pray before the cross of San Damiano. As I knelt before the cross, I found myself asking the same question that St. Francis had as a young man kneeling before this same cross: “Lord, what do you want me to do?” Then I heard the most beautiful voice in my heart. It was a voice that did not speak in words so much as it did in love, and my heart leapt with joy as I knew it instantly for that of my Jesus. He answered me, saying, “Come. Come. Be mine. I love you.” I could barely contain my joy as I cried “yes.” I felt gloriously helpless in the arms of His love—how could I answer His beloved voice with anything other than consent?

After some later reflection, I decided to take this great grace with a grain of salt; perhaps Our Lord wanted me to grow closer to Him in my spiritual life, and was not necessarily calling me to become a religious sister. Yet His call only grew in my heart, along with a magnetic attraction to any Franciscan or Poor Clare I met in ! I realized that I needed to learn more about the Poor Clare order, and began to investigate different monasteries. First I visited the Poor Clares in , but I did not feel drawn to return for a second visit. Then I searched the internet and read over the websites of multiple Poor Clare communities; yet I did not feel drawn to visit a single one of them. That is, until I visited the website of Bethlehem Monastery. I had been to their website before, since a close friend of mine had entered there the previous year, but this time I heard it speak to me—I do not know how else to describe it—in a way which struck my heart and instantly convinced me that I needed to visit. It was as if the community spoke to my heart in the voice of someone who might become a beloved friend.

On August 12, the day after the feast of St. Clare and the inauguration of the 800th anniversary year of the founding of the Poor Clare order, I visited Bethlehem Monastery for a weekend. I could not believe the peace and joy which I experienced while I was there. My soul literally drank up the life as if it could never have enough! I remember being struck by the silence which hummed and sang with the energy of the still, small Voice Who speaks through it to the listening heart. As the weekend drew to a close, I could not wait to leave the Monastery so that I could return. I knew that if my weekend experience stood the test of time and my return brought me peace and a sense of coming home, then these would be signs that God was calling me to live there forever.

This return visit came in October during my Fall Break from college. Over the course of my five hour drive, so many doubts and fears crowded into my mind that I reached Barhamsville convinced I was mistaken and Our Lord was not calling me to Bethlehem Monastery. Yet as I pulled around the corner and the monastery came into sight, I felt instead a great sense of peace. Of arrival. Of having come home.

The next few days were fraught with doubts and fears. I could hear Christ’s voice speaking to me through the Divine Office and confirming my vocation to the Monastery; yet I still hesitated. I was waiting for some big sign by which I could be absolutely certain of God’s Will for me. Then at vespers on Thursday of that week we prayed Psalm 32, in which God said to me:

“I will instruct you and teach you the way you should go; I will give you counsel with my eye upon you. Be not like the horse and mule, unintelligent, needing bridle and bit, else they will not approach you. Many sorrows has the wicked but he who trusts in the Lord, loving mercy surrounds him.”

I took this as a sign that Our Lord wanted me to trust in Him without needing the confirmation of a dramatic sign. He was asking me to love Him in a deeper, more mature way by trusting completely in Him. That is when I found myself writing in my spiritual journal the word “yes.” I repeated, “Yes. Yes,” and felt a deep sense of peace and profound joy. I knew, and still know, that my Beloved Spouse desires to wed me at Bethlehem Monastery. And how could I ever desire anything else? For in His Will we always find our joy, fulfillment, and peace. 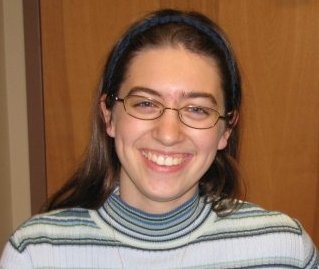 Posted by Ester Regina at 11:20 AM No comments: 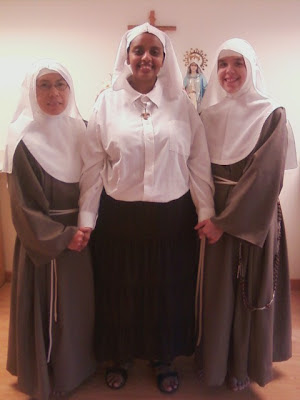